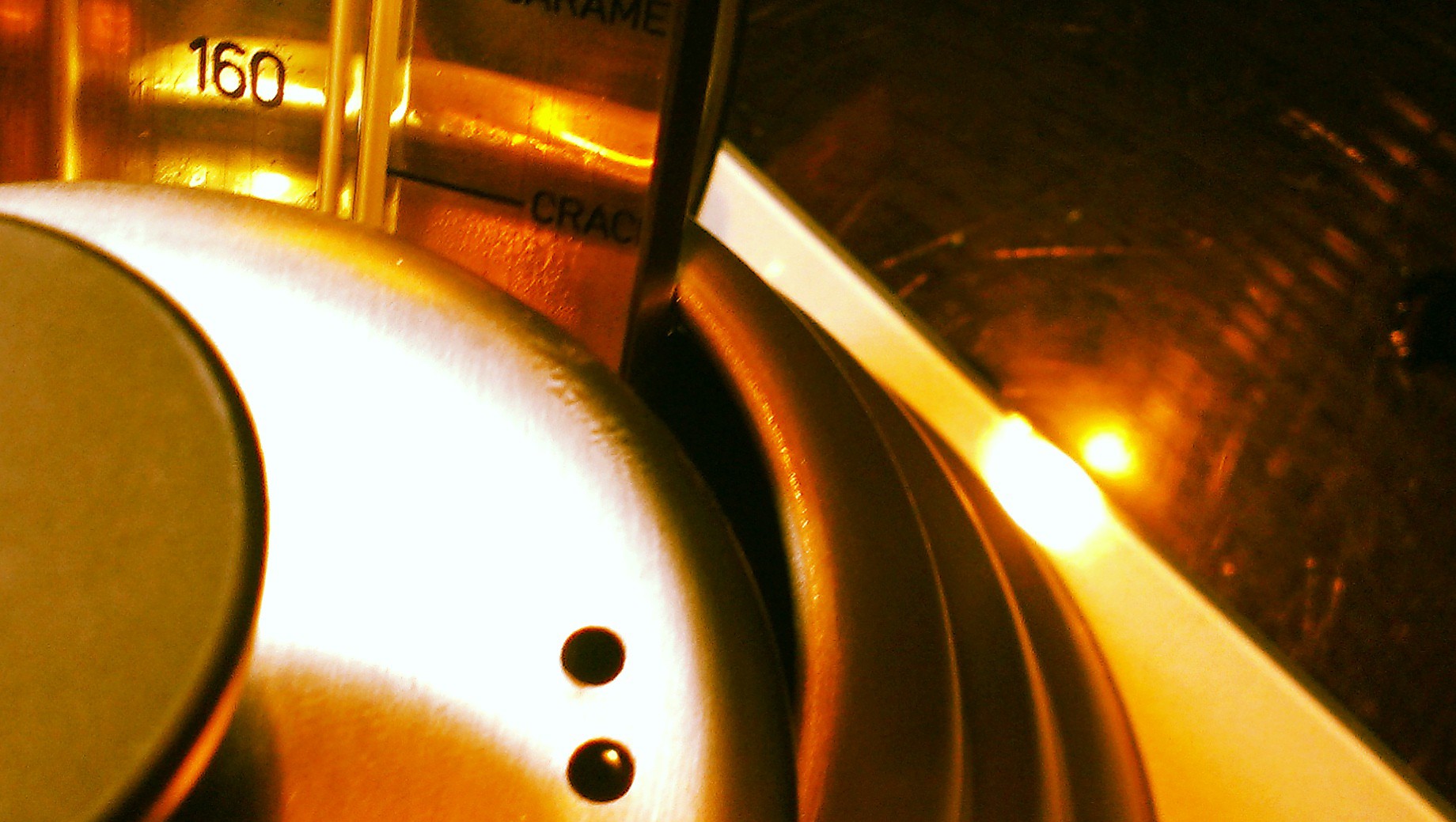 I started out looking at the temperature that boiled water reaches when it is left to cool – to think about having some guide for coffee making when just getting on with it rather than trying to measure every element, every time.

I quickly realized that it wasn’t as simple as that, and the water temperature depends on lots of things that can go on from the point of boiling.

So being in semi-scientific mode (a real scientist could probably tear my methods apart), I went off on an exploration of water temperature with some kitchen table experiments.

Having had a fairly simple start – by simply pouring boiling water into a jug and recording temperatures for 10 minutes. I then figured I needed to think about much more:

With those, I tried measurements in a ceramic mug rather than plastic jug which sort of covered 1 and 2 above. Nothing much to report there though.

Measuring the water in the kettle itself was dramatically different (upto 15 degrees Celsius different at the same time since boiling in my observations).

But still more to think about: The way I usually make coffee is either to pour first into a Buono kettle and then pour onto the coffee (either in one go into an AeroPress or over time as a drip filter). So I needed some other answers

To answer question 4 was relatively simple – simply pour the water straight from the kettle into the Buono and take the temperature readings from there. Answering 5 is a lot more complicated (that’s for next time).

The observations showed that there’s a cooling that goes very quickly, reducing the temperature by around 3 or 4 degrees Celcius, when the water is first poured into the Buono vessel – and that this temperature difference is then roughly maintained for the duration of the observations.

So this is logical, and in line with my first thoughts – that the initial pour into another vessel cools the water by a few degrees from boiling point (whether it be pouring into the plastic jug, the ceramic mug, or the Buono kettle). But the Buono clearly holds the temperature in slower rate of decine than an open topped vessel (this is science of some sort, but not really rocket science! Or perhaps it is!!!).

So I feel that this has all been helpful in coming to some greater understanding of what happens to the temperature of the boiled water, before it is poured onto coffee – but doesn’t get us to the answer of what is happening as the hot water it hits the coffee grounds (so that will be looked at next time….).