From in initial set of observations and thoughts, I had a need to try some different scenarios to explore whether all the things that I thought might affect the rate of cooling had any meaningful effect.

Actually on my first modifications, I didn’t really get any very different results from pouring the water into a ceramic mug to cool rather than the plastic jug. I guess if my observations were more precise there might have been a small discernible difference, but obviously not big enough to show up for me.

However, measuring the temperature of the water in the vessel where it was boiled (electric kettle in my kitchen experiments) made a big difference – seemingly in the rate of cooling and in the temperatures reached in my 10 minutes of recording temperatures each time.

Not really surprising, but I’m attributing this (perhaps rather rashly, but it seems logical) to the cooling on the water from the pour from the kettle to the jug (or mug), as well as to the fact that the tapered shape of the (at least my) kettle exposes less water directly to the air.

Rather than getting to c 95 degrees Celcius within the first 15 seconds, that temperature wasn’t reached until 2 and a half minutes. And the 90 degrees wasn’t breached until after 5 minutes of cooling, rather than approximately 60 seconds in the open-top experiments as I’ll now call the first set! 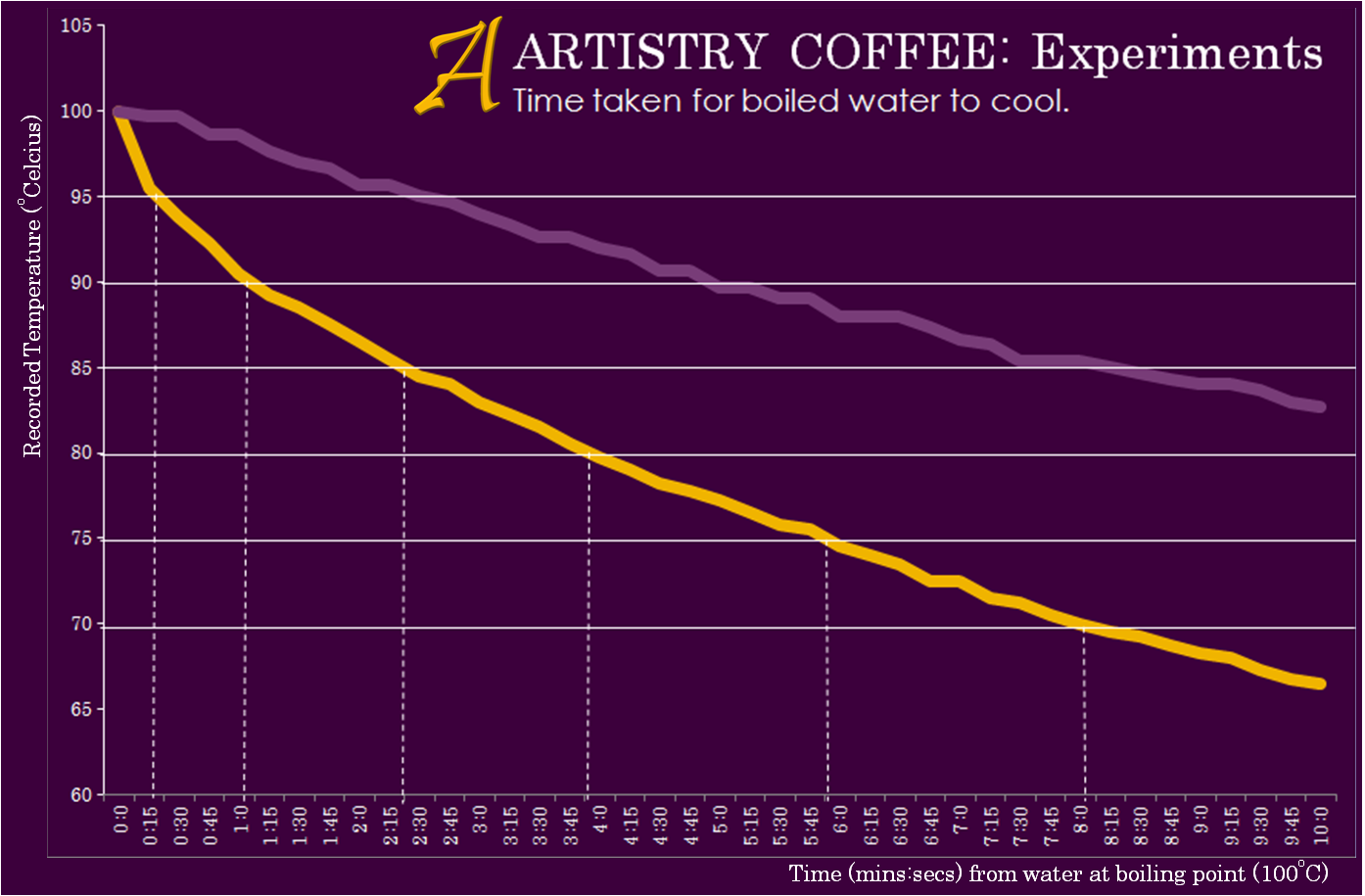 This means that if using a rule of thumb as to what temperature the water is at some time after boiling, there could be some great differences depending on where your water is (in relation to where it boiled).

One Reply to “Water Temperature Experiments for Coffee (3):…”